With Christ at our side to guide us, Login 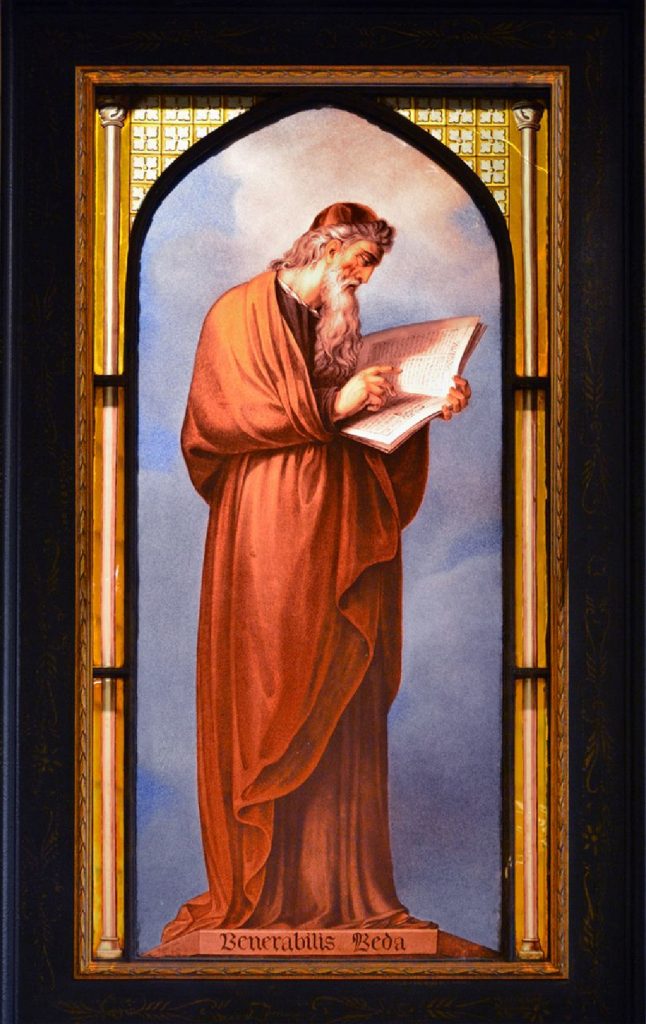 Bede was born in 672 AD.  At the age of seven he was entrusted to the care of Benedict Biscop, who in 674 AD had founded the Benedictine monastery of St Peter at Wearmouth.  After his schooling, Bede moved to the monastery of St Paul at Jarrow, where he spent the rest of his life.  Bede died in the monastery in May 735 AD.

Bede spent his whole life writing and is widely regarded as the greatest of the Anglo-Saxon scholars.  He wrote over 40 books about theology and history.  His most famous work, which is an important source for the understanding of early British history and Christianity is ‘The Ecclesiastical History of the English People’ which was completed in 731 AD.  It is the first work of history that uses the dating system AD.

Bede was declared Venerable by the church in 836 and was canonised in 1899.  He was named “Doctor of the Church” by Pope Leo XIII because of his work and piety.

St. Bede is the Patron Saint of scholars and historians.