With Christ at our side to guide us, Login
Category

The children from St Bede’s Church Children’s Liturgy, some of the Mini Vinnies and some  of our school children put on a fantastic Nativity performance at church yesterday morning.

The actors were great and the Narrators read beautifully. Everything was coordinated by Mrs Wheeler and Mrs Elwood. Well done everyone!

The choir sang at St Bede’s Carols by Candlelight Service tonight.  They sang beautifully and received many lovely comments from the parishioners and visitors. Well done girls! 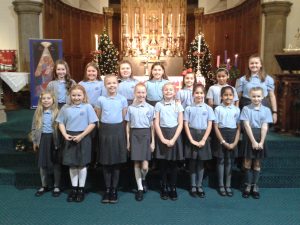 Year 2 was buzzing on Tuesday with the chatter of the Mini Vinnies hard at work decorating Advent candles.

On Sunday, as it was the first Sunday of Advent, the Mini Vinnies then handed out their beautiful candles to each family within St Bede’s parish as they went into Mass.

The Mini Vinnies also enjoyed attending the Children’s Liturgy and getting involved in learning about and dressing the Jesse Tree.

As well as today being the Feast of Christ the King, it is also Youth Sunday.  To celebrate this event, the youth of the parish (Mini Vinnies, current and future and children who attend Children’s Liturgy) attended a Children’s Mass at St Bede’s Church.

The children were involved in every aspect of mass – welcoming parishioners into church; reading the Introduction and Bidding Prayers; carrying the gifts to the altar in the Offertory procession and going into the congregation to give parishioners the ‘Sign of Peace’.

The children also sat at the front with Father Michael to listen to and talk about the Gospel with him.

The readers spoke very clearly and all of the children did a fantastic job and made us and their parents very proud!  Well done!

The Mini Vinnies made some lovely flowers for the May Procession at St Bede’s Church and they were joined at mass today by children making their First Holy Communion as well as children from St Bede’s Children’s Liturgy group.

They processed into church carrying their flowers and placed them around the feet of Mary in celebration of Our Lady.

As part of the Forward Together in Hope initiative, the Mini Vinnies decorated candles to give out to families of the parish at Mass on the Feast of Christ the King.

Here are the Mini Vinnies hard at work. 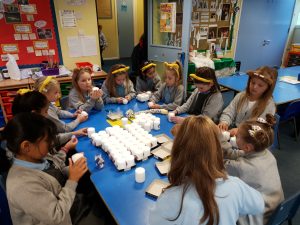 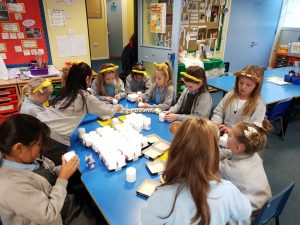 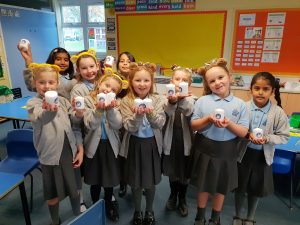 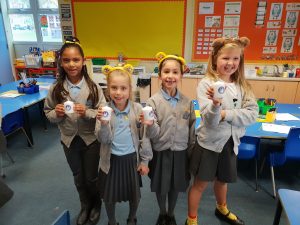 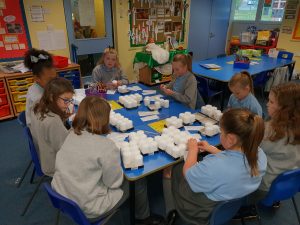 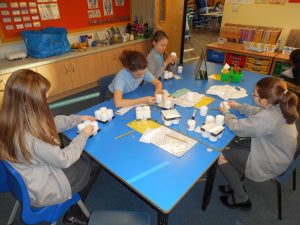 Today, the Mini Vinnies went to mass at St Bede’s Church.  They joined in with the Children’s Liturgy, helped dress the Jesse Tree and gave out candles to each family in the Parish.

Freya read beautifully at the Children’s Mass – she introduced the Jesse Tree and explained that the Mini Vinnies would be giving out candles so that each family could share in some private prayer together during Advent.

Lauren and Abbey attended the evening Mass (Lauren attending both Masses) and they did a super job together, with Lauren reading this time.

Mrs Kennedy was so proud of the children.  They were so well behaved and prayerful during Mass and there were lots of lovely comments about them from the Parishioners.  Well done! 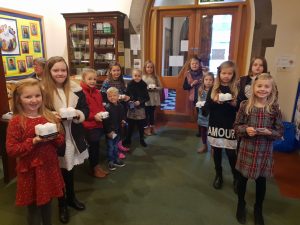 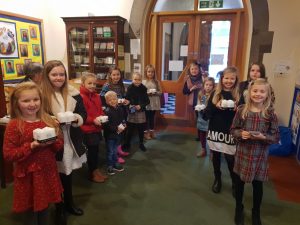 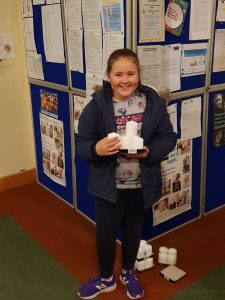 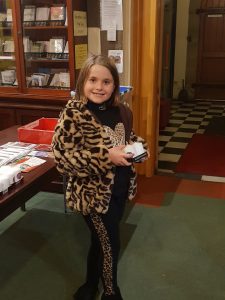 St Bede’s Mini Vinnies organised a fundraiser for Children in Need. All children were invited to pick a rubber duck to enter into the Annual Children in Need Duck Race. Thank you to everyone who took part – we raised a fantastic £193.00. 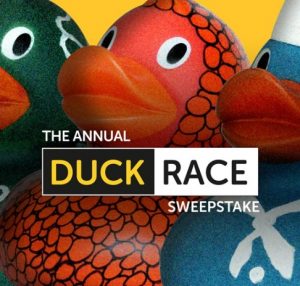 The children gathered in the hall to watch the race live with thousands of other people around the country. 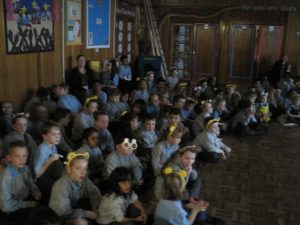 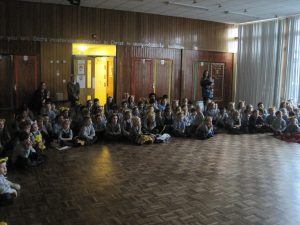 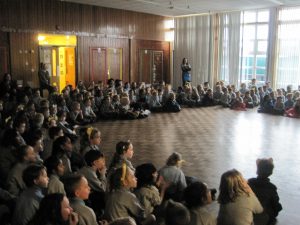 With much excitement, the children watched their ducks live on screen make their way along the dramatic course, eager to see their duck win the race.
Of course, the winner was Pond, James Pond!! 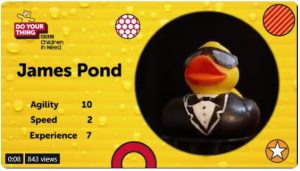 And the winning children were … 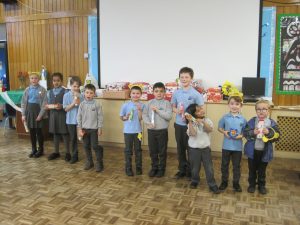 St Bede’s Mini Vinnies are very committed to giving their time to supporting fantastic charities – they baked and sold cakes to the rest of the school on Friday lunchtime. 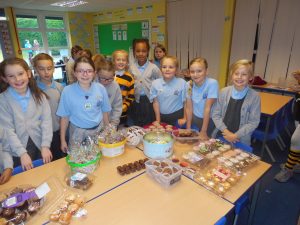 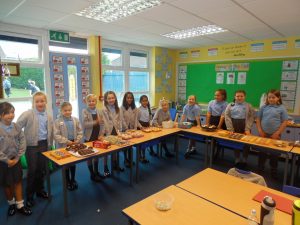 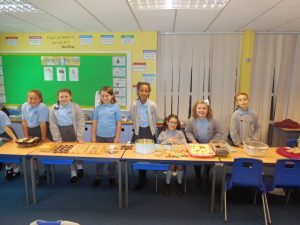 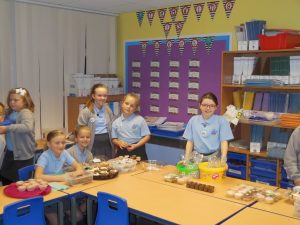 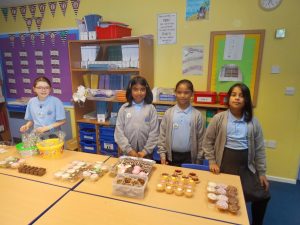 Thank you so much for helping to make our cake sale such a huge success! We raised a grand total of £147.56!

Lepra is an international charity that works on the frontline in India and Bangladesh to treat, educate, rehabilitate and give a voice to people living on the margins of society.

Lepra focuses on people who find themselves trapped at the intersection of disease, poverty and prejudice. Lepra helps improve their health, lives and livelihoods by opening up avenues of knowledge and facilities to offer diagnosis and care before they are pushed further into poverty.

The children were visited by a lady from Lepra UK who talked to them about children like them who are suffering from leprosy, a disease which thankfully we cannot contract in the UK.  She talked about how we can help to make the lives of these children better.

The children were very moved by her stories and were eager to help.

The children enjoyed a Lepra workout in school and collected lots of money for the charity too!

The ‘Mini Vinnies’ is a St Vincent de Paul group in a Primary school.  It is a group of children aged 7 to 11 who get together, organise and talk about helping others in need within their school community and beyond.

The ‘Mini Vinnie’ children at St Bede’s applied to represent their year group and were chosen because of their thoughtful comments and suggestions about why they would be a good Mini Vinnie and how they could help others in school and in the community.

The children have shown a great deal of commitment – they are very keen to attend meetings and enthusiastically ‘get stuck into’ the various projects we have undertaken.

By default cookies are switched off for this site. You can enable them by clicking the green button.